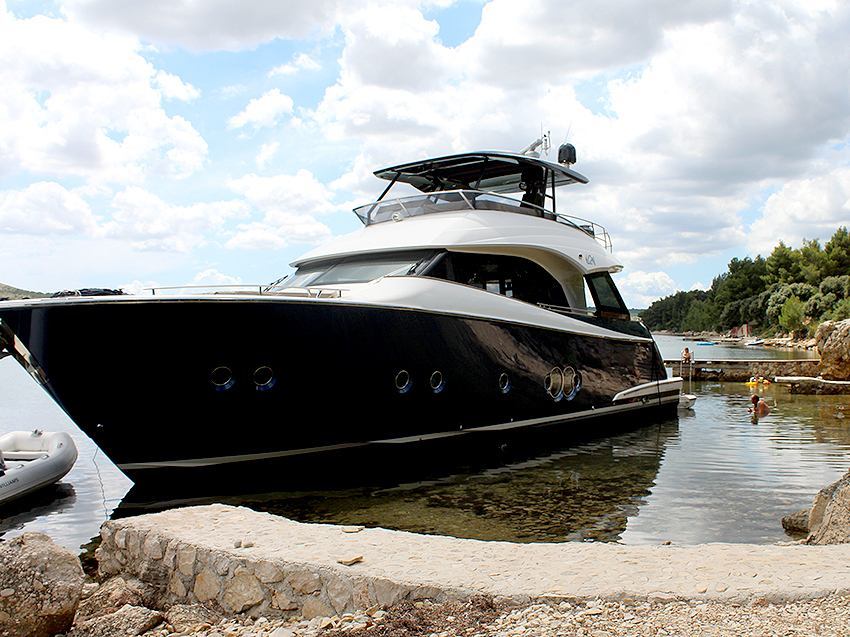 Then in the morning on the rocky and steep mainland you can see everything. So the morning after the storm in the shallows among the rocks was this beautiful MCY 65.
Owner, lulled into the closed Novigrad Sea, found his beautiful MCY 65 in the morning after a storm in the shallows among the rocks. It is a great endeavor and skill to take away this monstrosity, worth over two million Euros, without damaging anything, and not to mention the risk taken.
The operation we performed that day was called Lateral Launch. With the help of a ton (each 12 meters long) of heavy cylinders (4 cylinders), the ship was lifted off the rock and launched without a single scratch. After a whole day of torment, when we finally performed the launch, the happiness of the combined team of ES Split and ES Zadar had no end. You can see everything that happened that day in a short amateur film directed by ES Studios.
Your EMERGENSEA Team 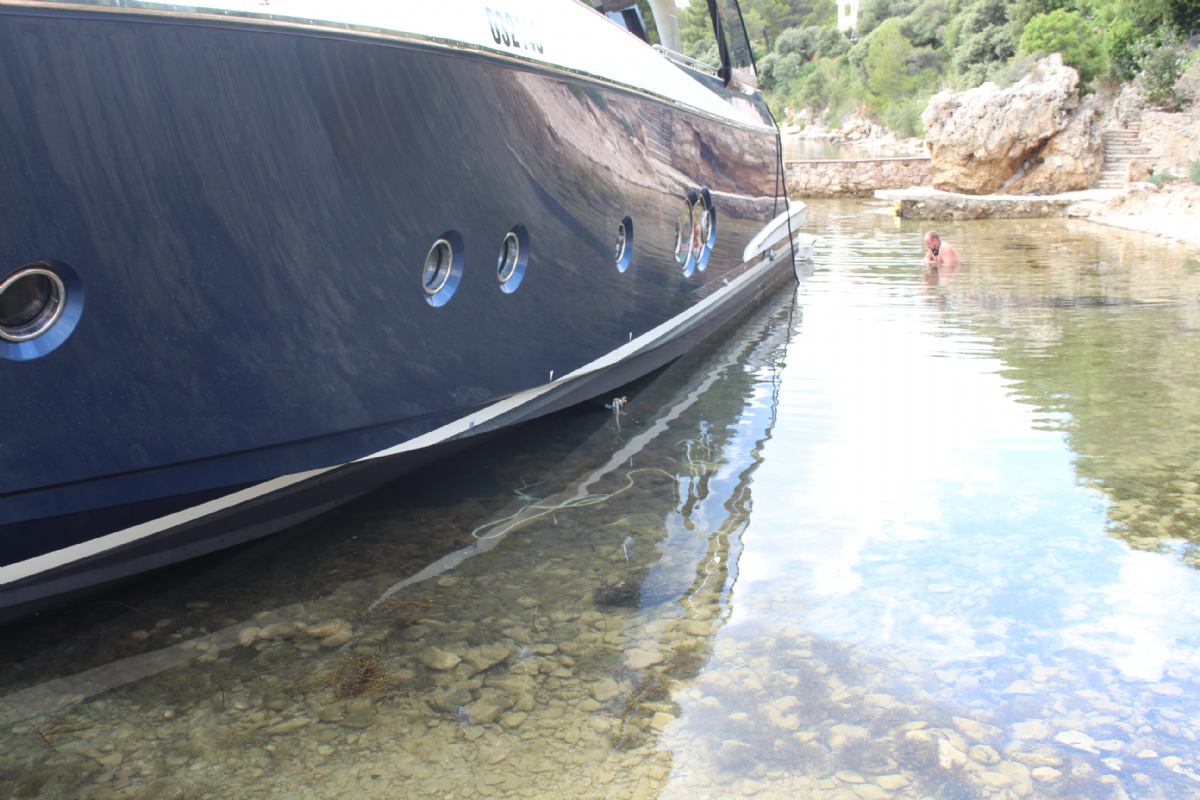 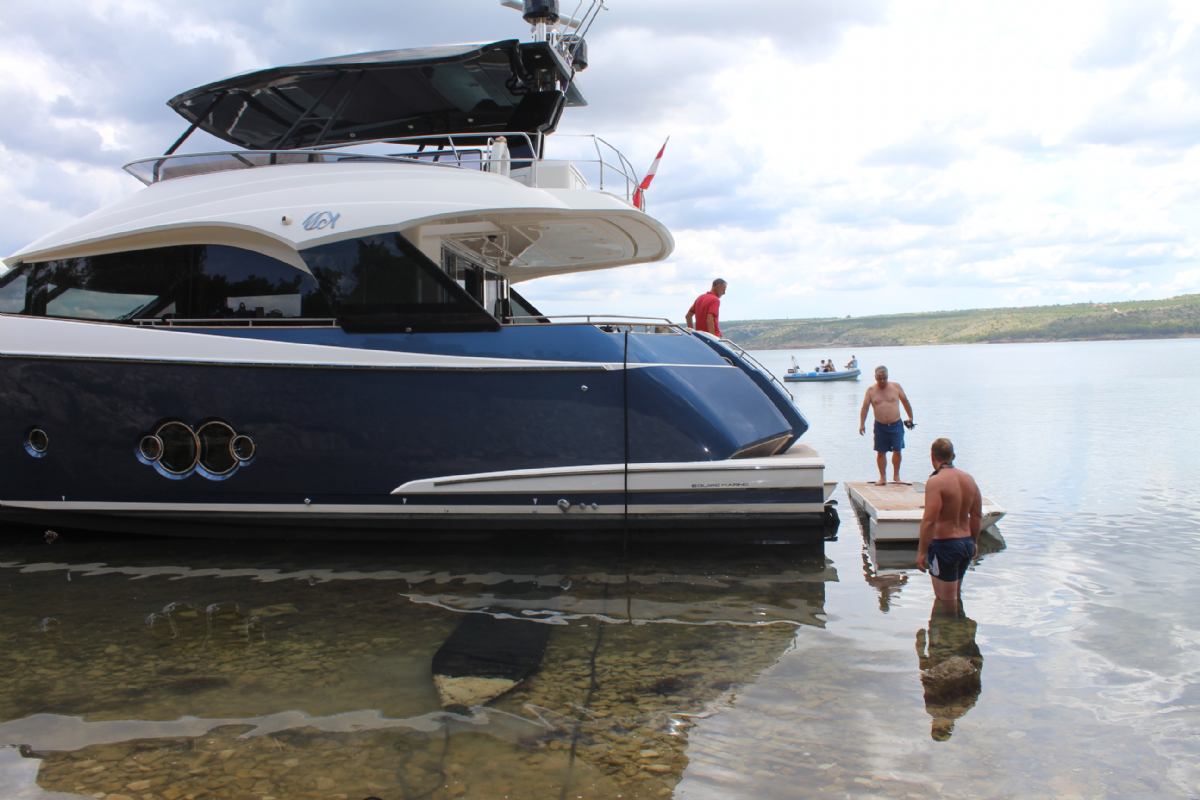 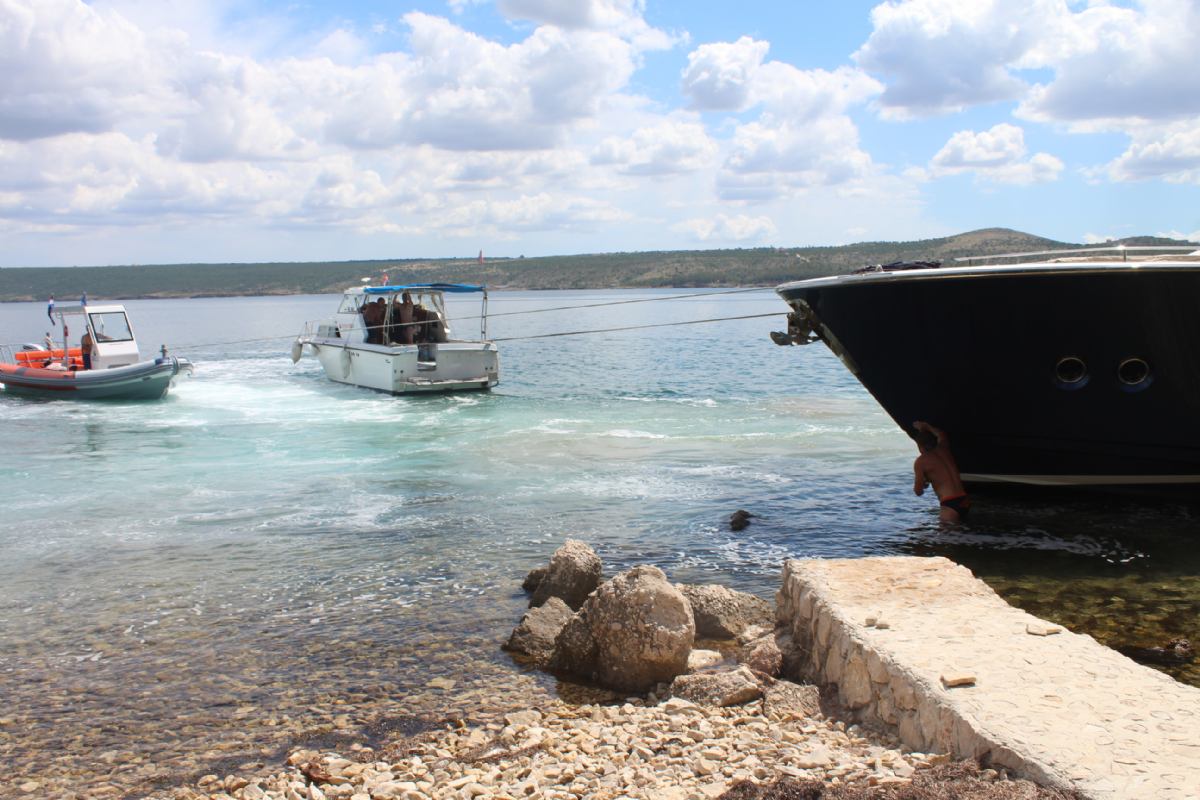