Pollution remediation, ungroundingl, towing, inspection and destruction of the wreck in 5 days 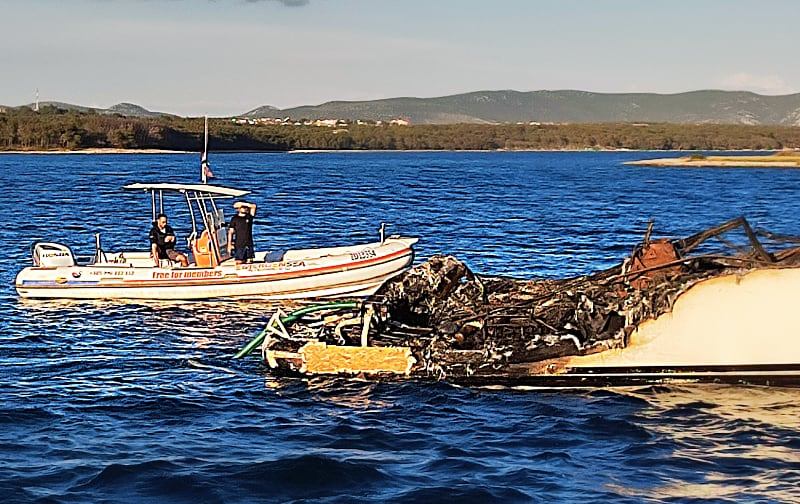 In early July, between Biograd and Crvena Luka, a fire broke out on a 21-meter long yacht. The crew jumped out of the burning ship and the abandoned torch carried by the wind and currents ran aground on a rocky bottom in a very inaccessible place for extinguishing. It burned down completely despite the quick reaction of firefighters from Zadar.
Događaj u slikama 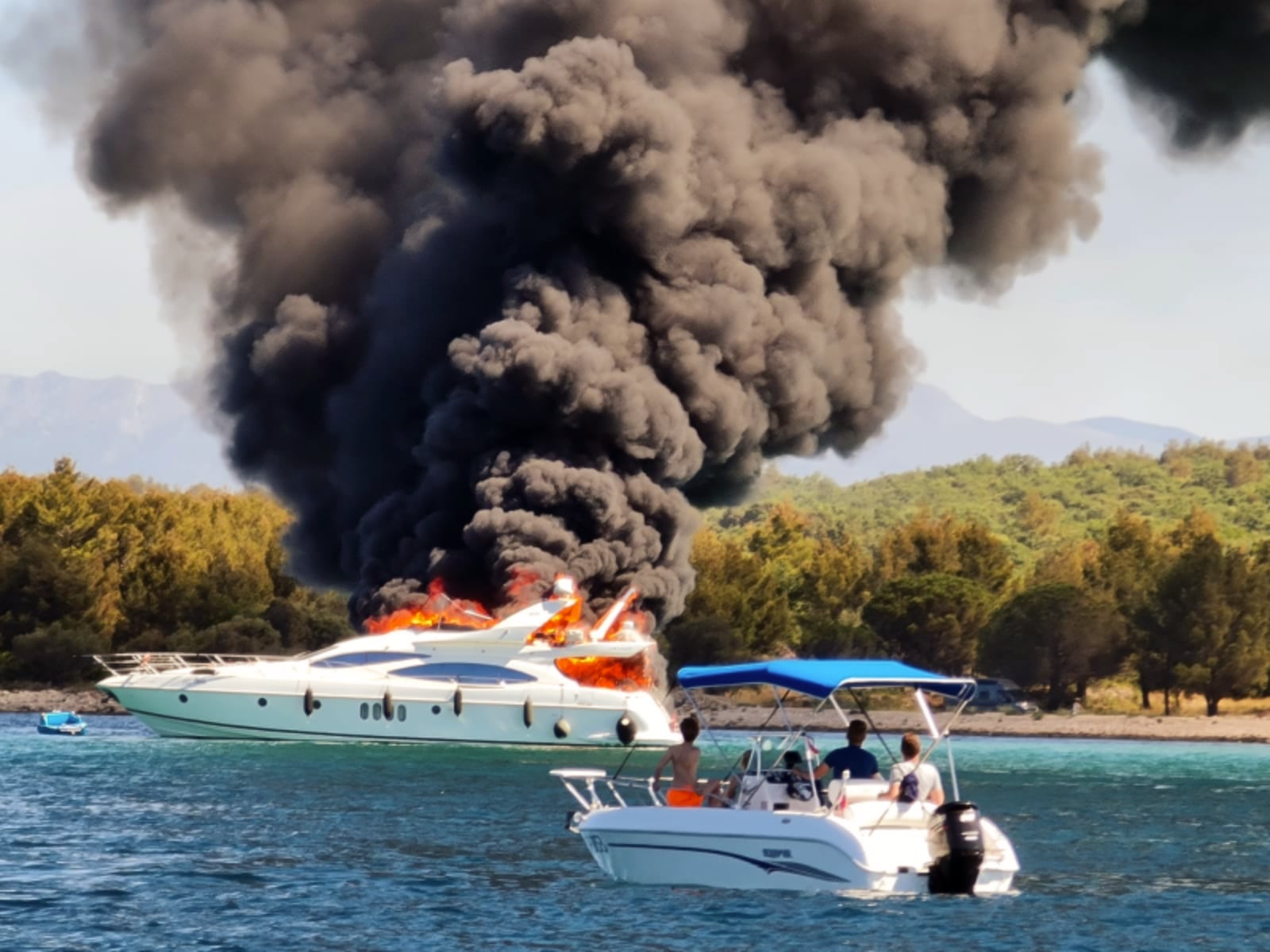 After the crew failed to put out the fire, they were all jumped into the sea and picked up by boaters who were nearby and taken to safety. The fire was to strong to control it from sea or shore side. 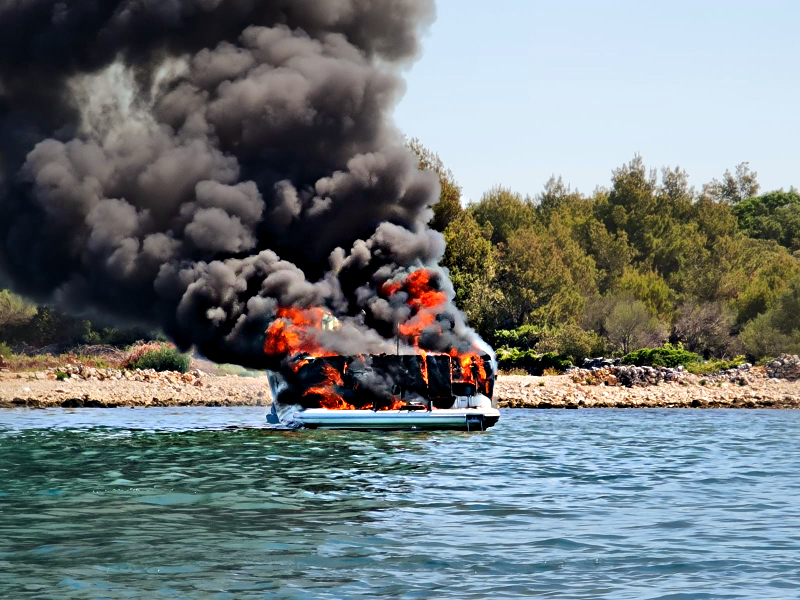 The flames soon engulfed the entire ship, and the flames engulfed the reservoirs that facilitated the burning, and there was no rescue for the ship. The fire brigade from Zadar arrived in record time, and even that did not help the ship, which was swallowed by the flames in an instant.

After the ship was shut down on the spot, a team from Ciklon arrived and stopped further devastation and pollution with absorbent dams. The harmful effect on the environment is minimized. 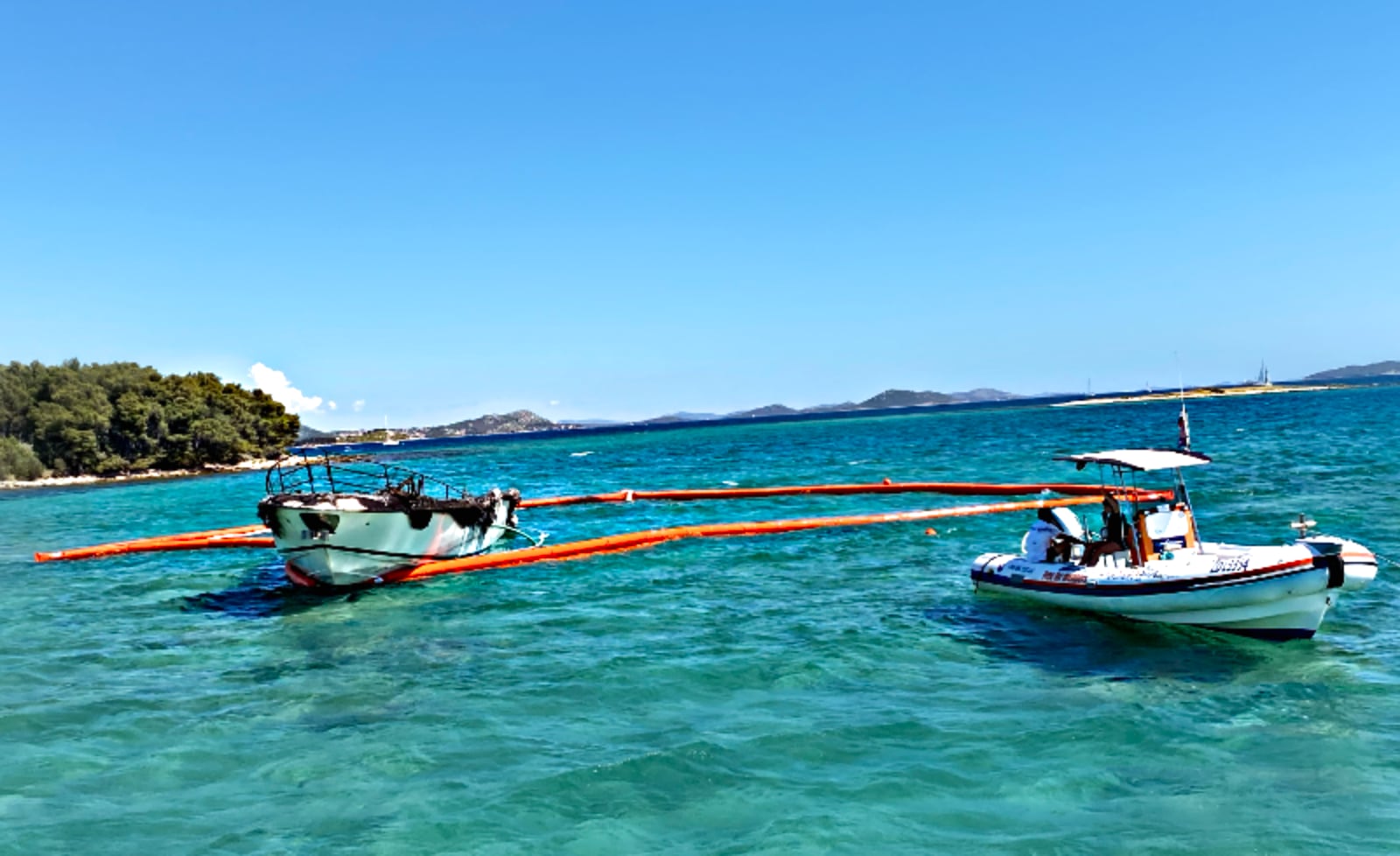 An absorbent dam from the inside and a floating dam around the ship at a depth of half a meter prevented oil from spilling out of a very dangerous wreck full of toxic liquids after burning. Work on sealing all the openings on the boat could begin.

Even during the installation of the dam, the ES team was preparing to plug all the holes in the wreck and pump all the waste liquids and oil into special tanks so that they could drain it and prepare it for the tug.

Moving and working on the burnt ship was extremely dangerous, and the stench of burnt plastic was unbearable. Little by little, all the holes with the waste liquid were pumped out one by one until the delicate and fragile wreck emerged. The risk of rupture was very great. 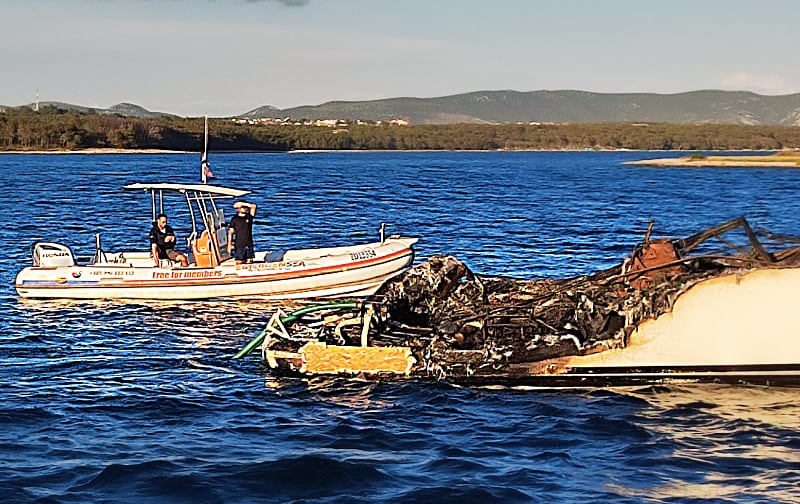 Some parts of the ship burned down below the waterline and needed to be upgraded so that the wreck would not receive the sea in the jar. After towing, everything is ready for the tug us of the absorbing dam and the ship specialized in combating pollution. 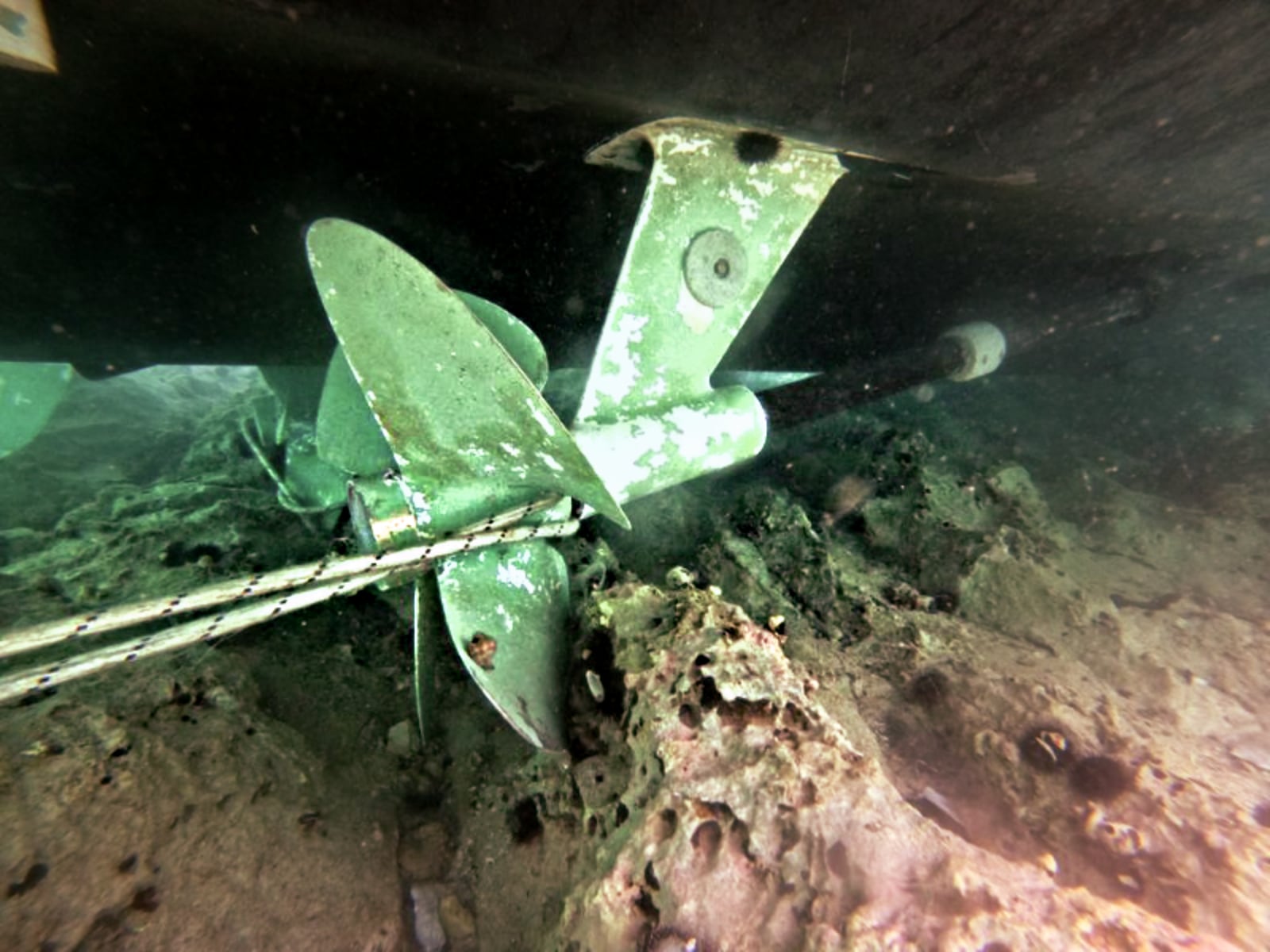 Stranded between the rocks with propellers and rudders, the ship had to be raised by 30 cm in order to float. Everything had to be done in small steps so that the fragile wreck would not break. Good weather and the afternoon tide helped the wreck dig out of the rocks and anchor a little further and get ready for the tug. 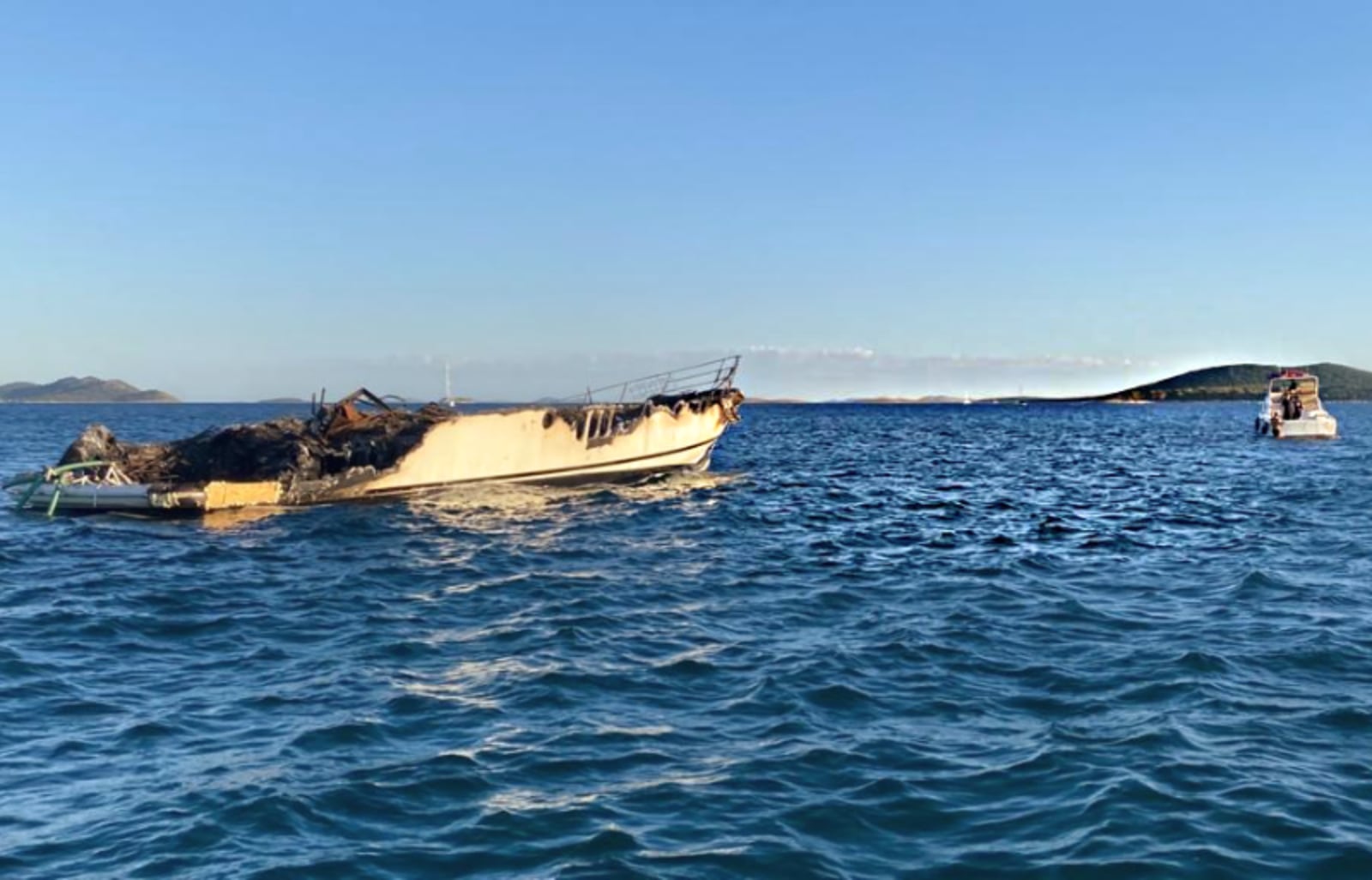 Towing started after 21:00 in order to avoid the heavy traffic at the point of Gnala and Maestral, which was quite strong that day. The wreck was towed to the Lamljan shipyard, where the inspection and recycling of the entire wreck is planned. 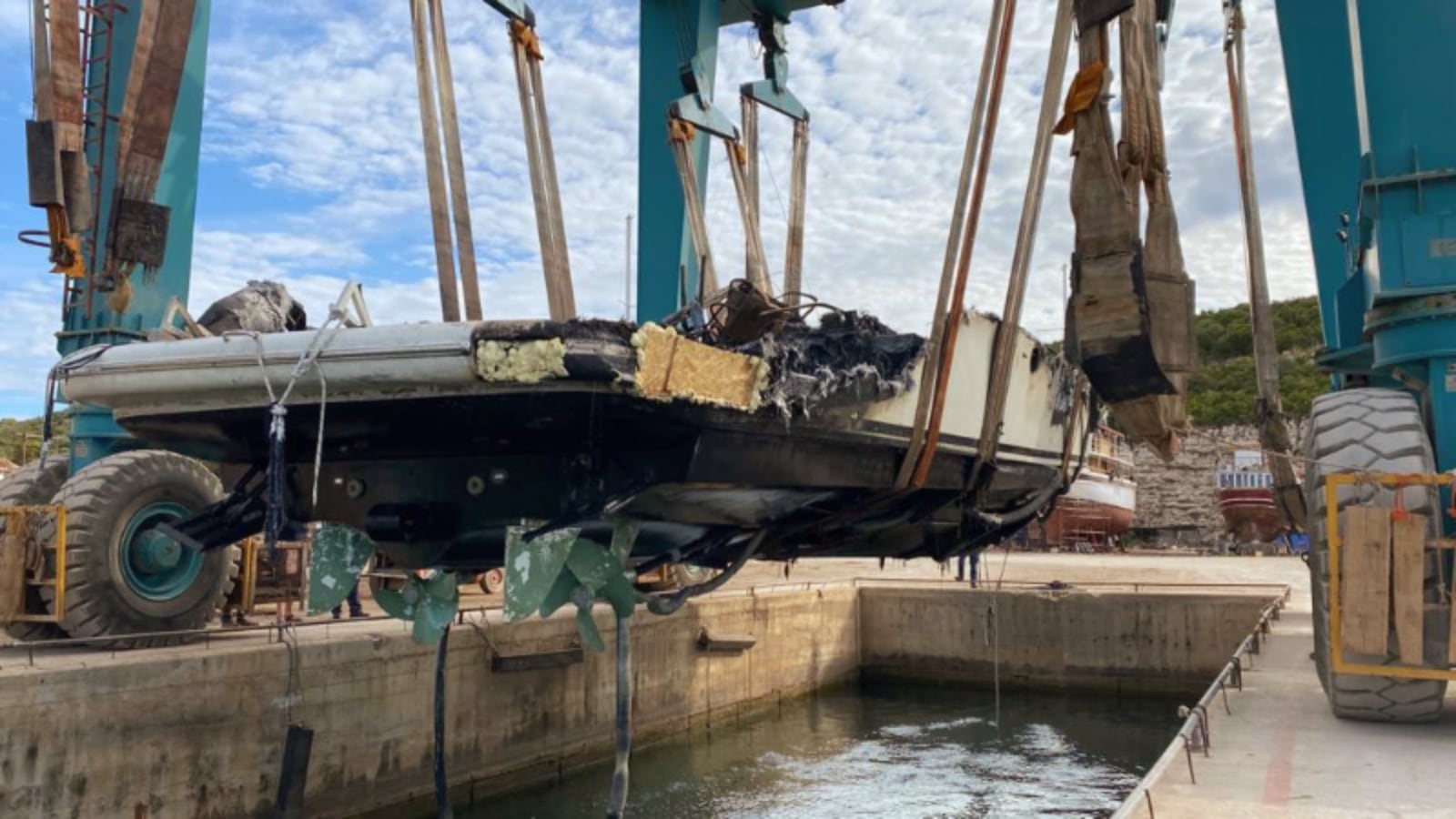 After a whole night of tugs at a speed of less than 2 CV, the ship arrived under the crane in the early morning hours. In a few hours, experts from the insurance company arrive to find the cause of the fire. 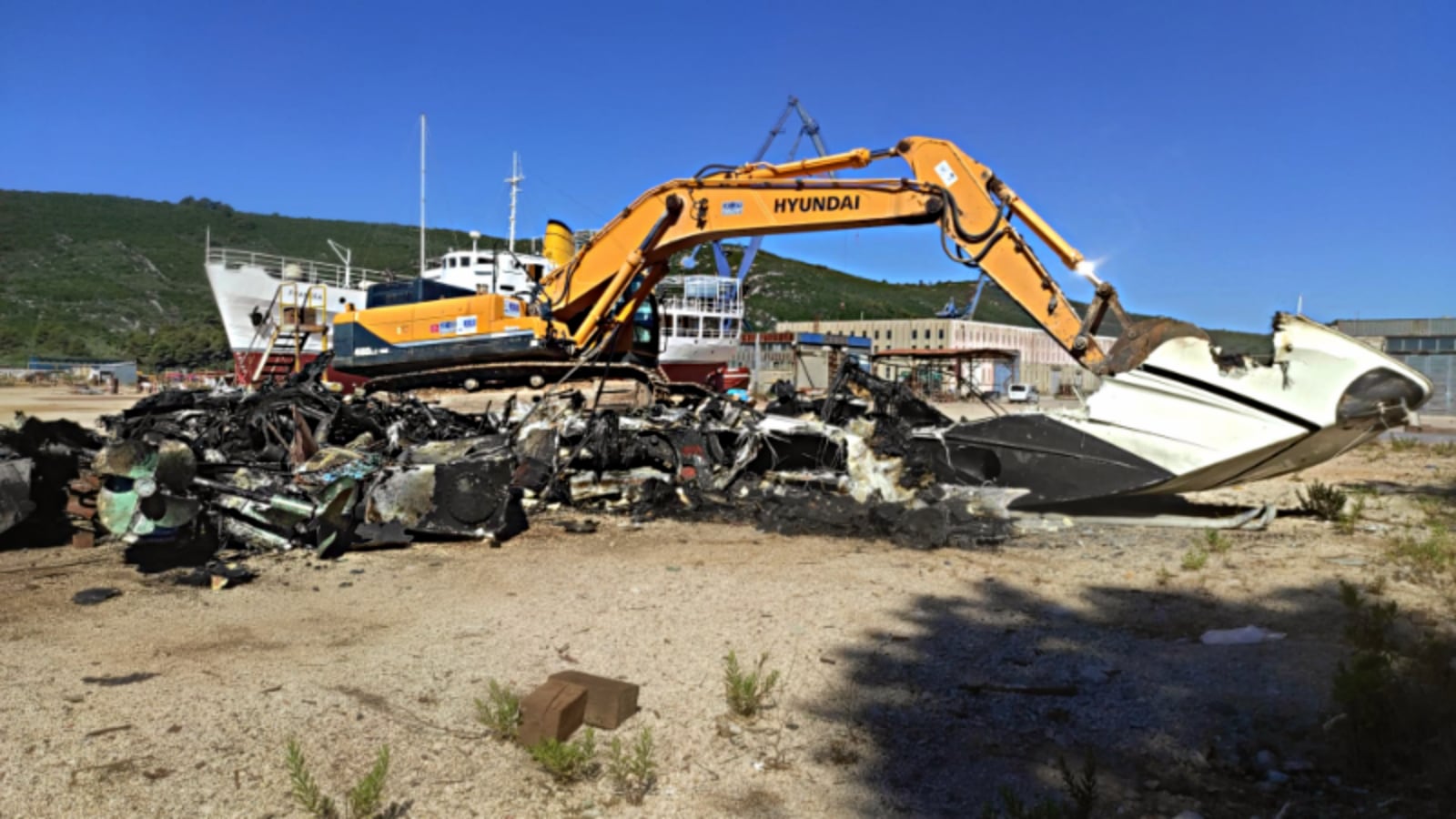 After 5 days of the fire, there was no sign of the ship. All possible works and inspections were done in record time, and since the entire organization and coordination of all services was entrusted to the ES team, we can conclude that we did this in record time and very precisely.
Tekst: Drago
Foto: EmergenSea arhiva
Your EmergenSea Team 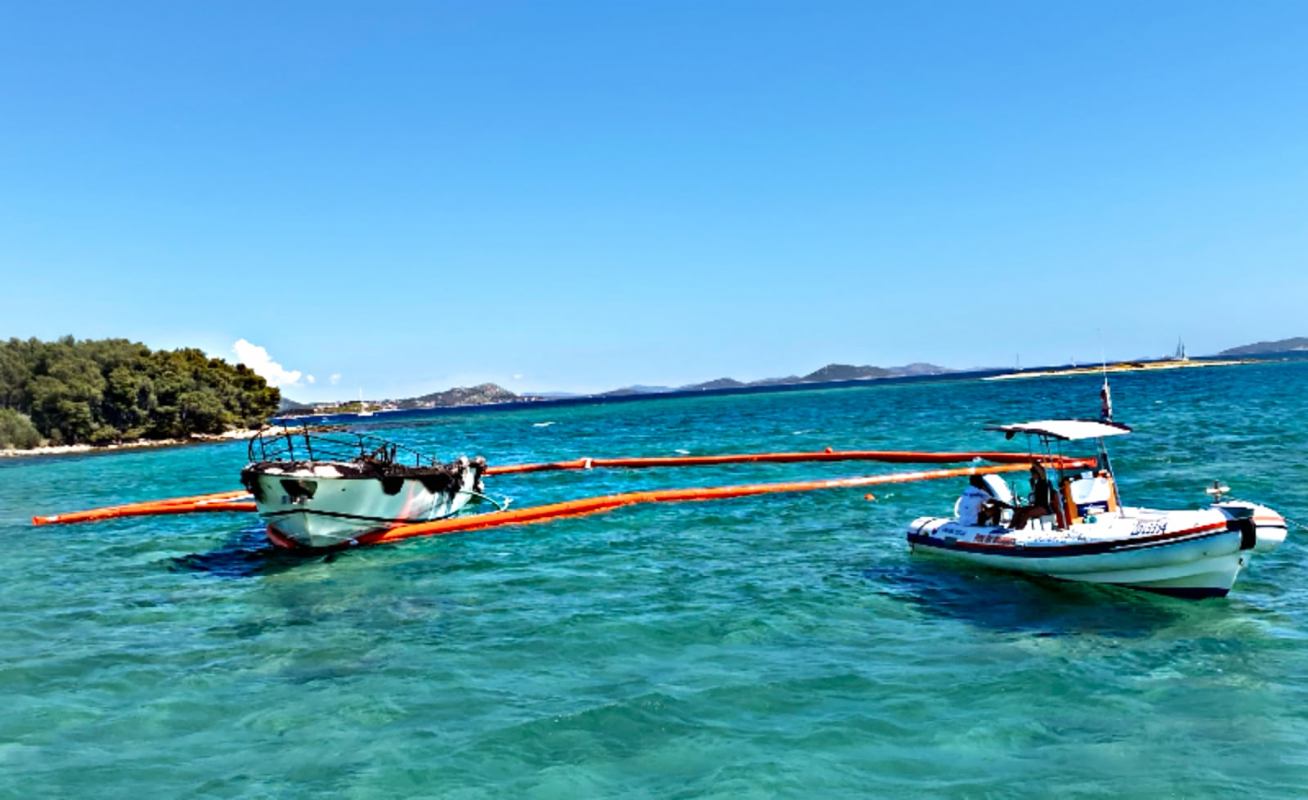 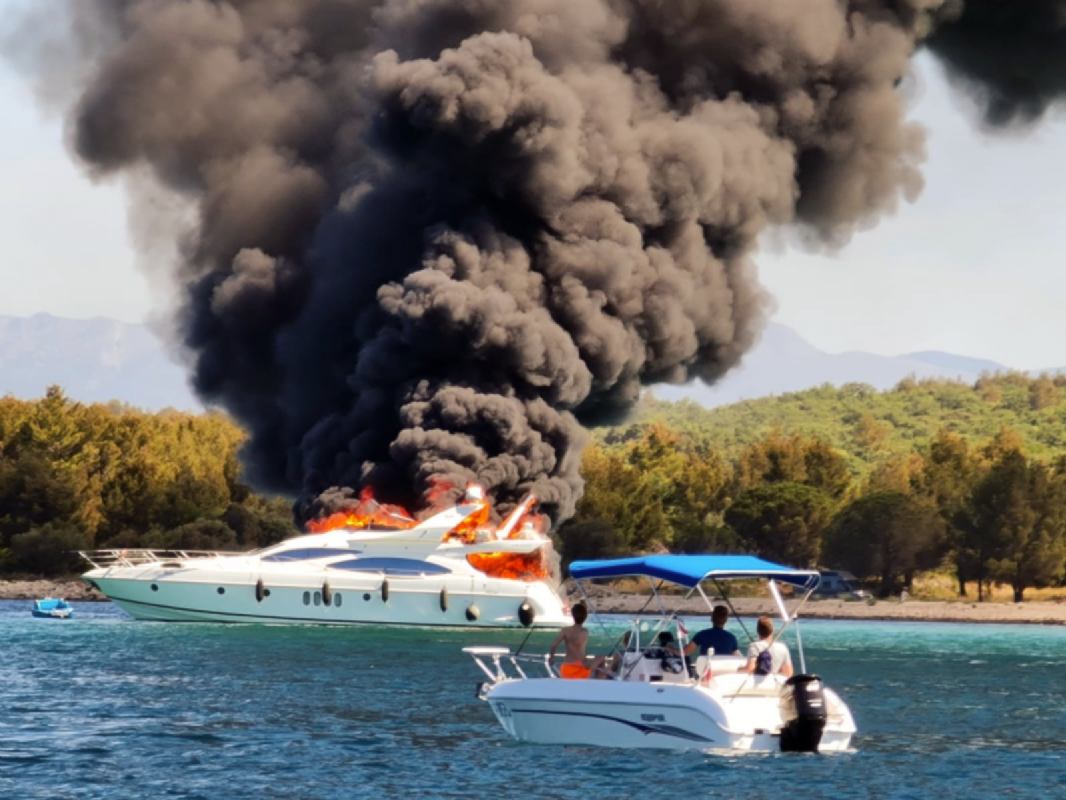 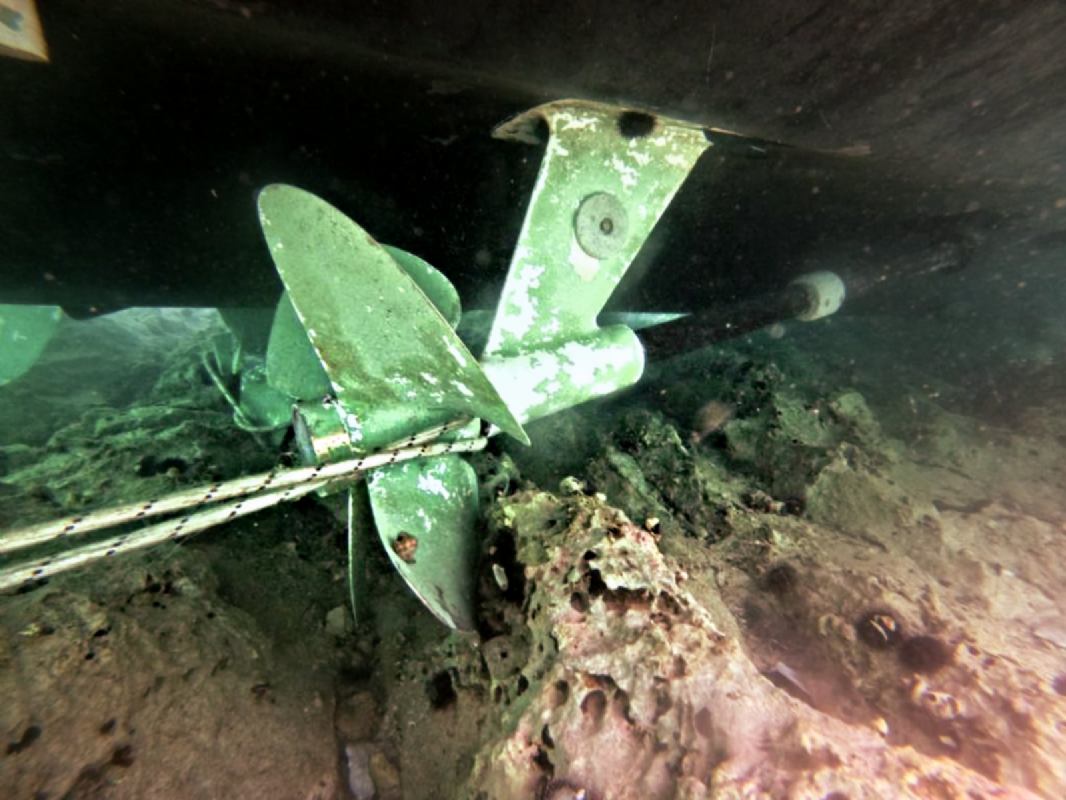 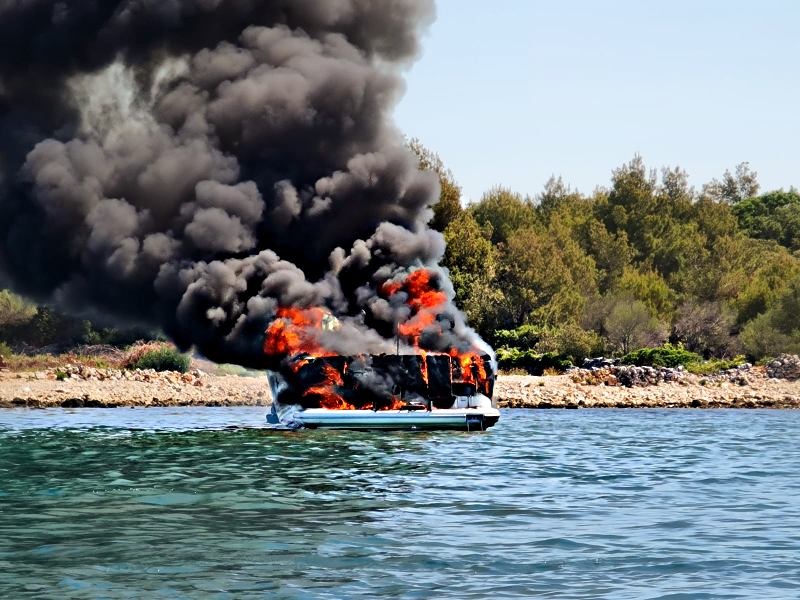 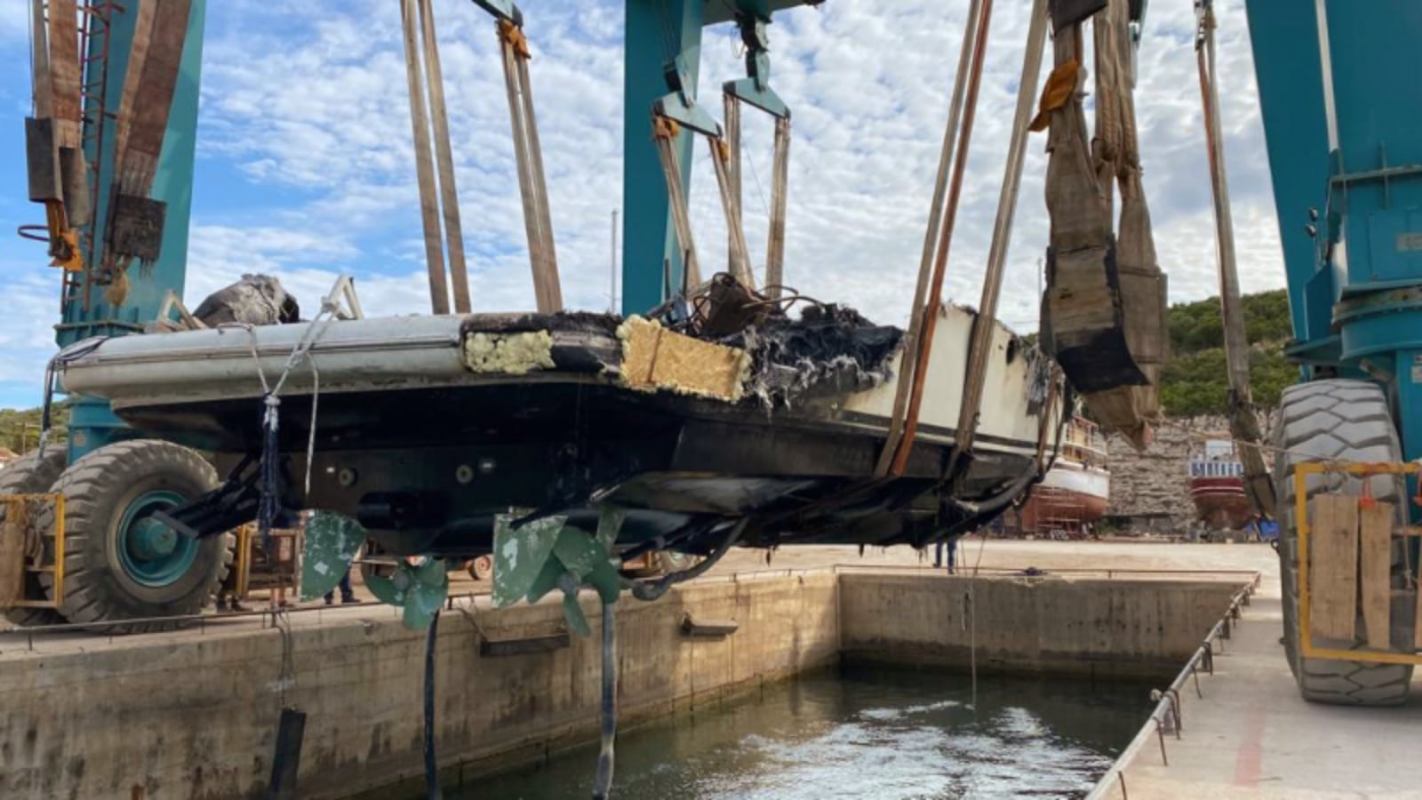 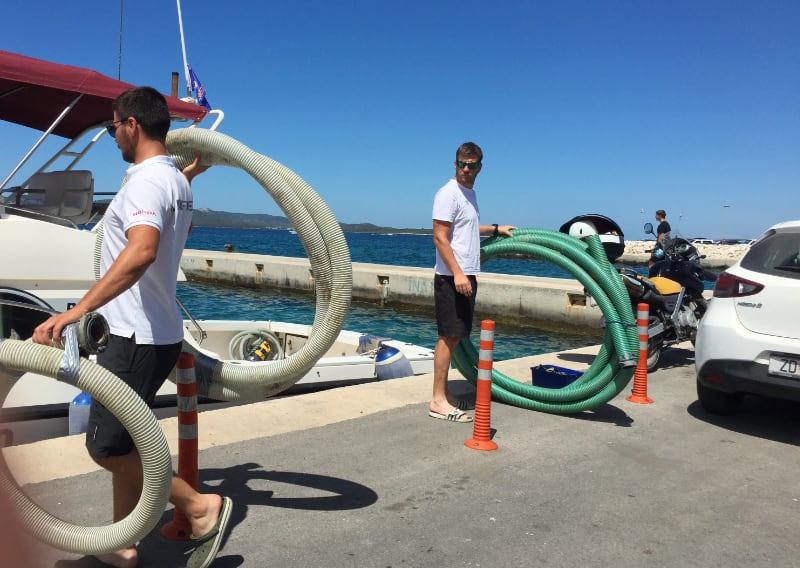 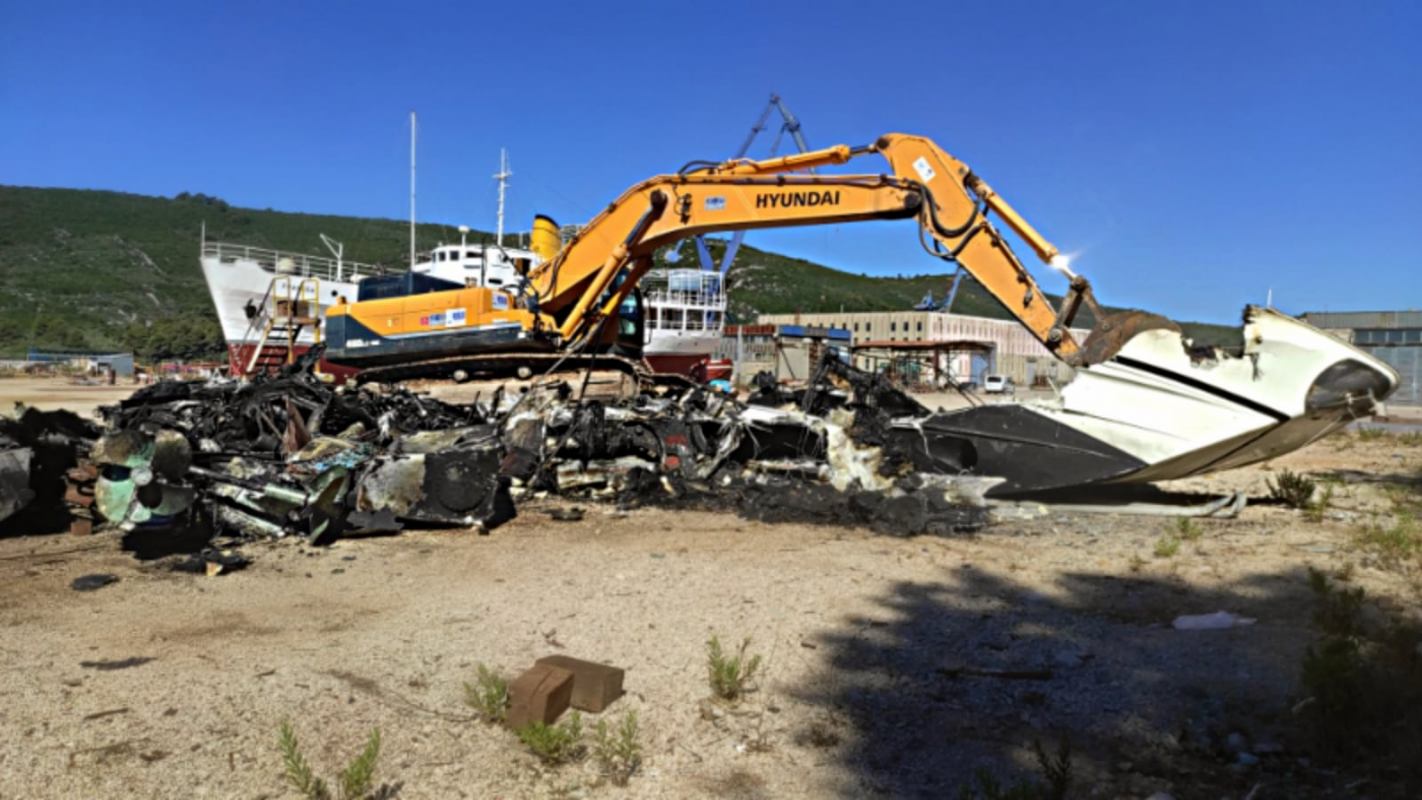 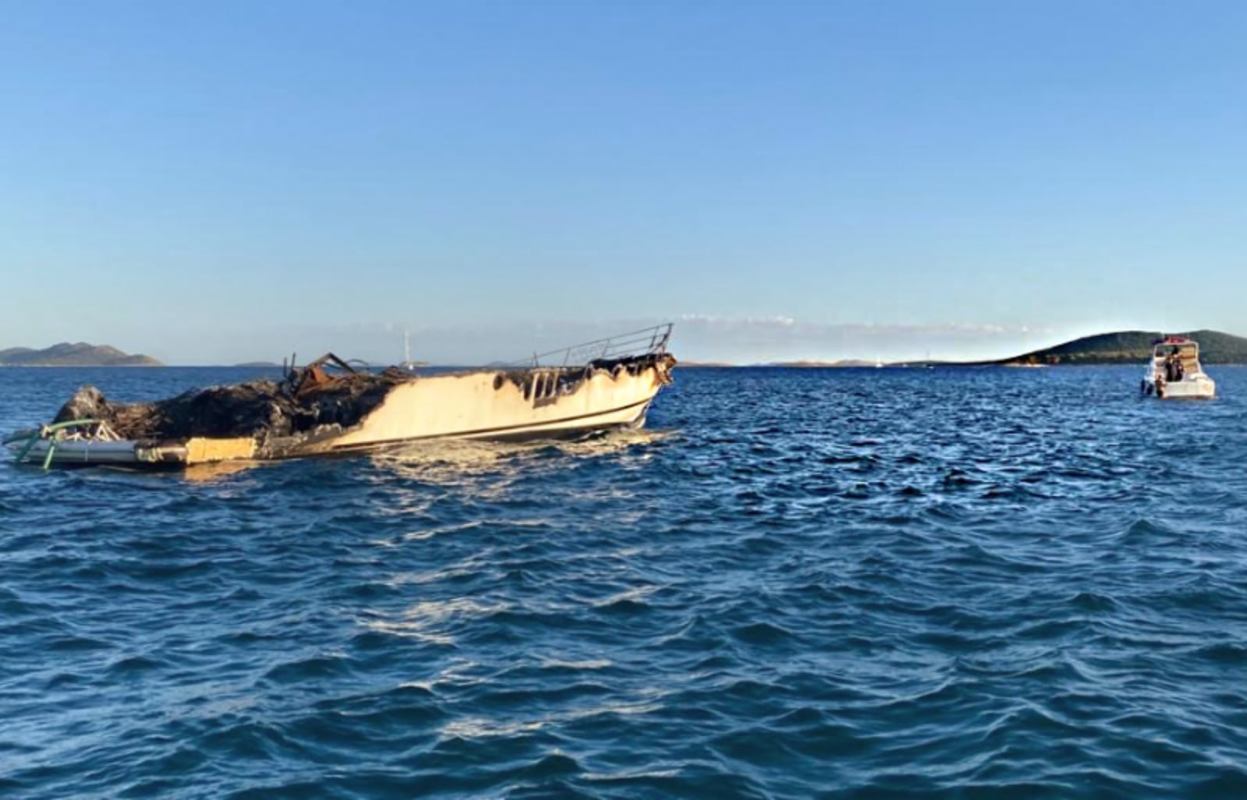 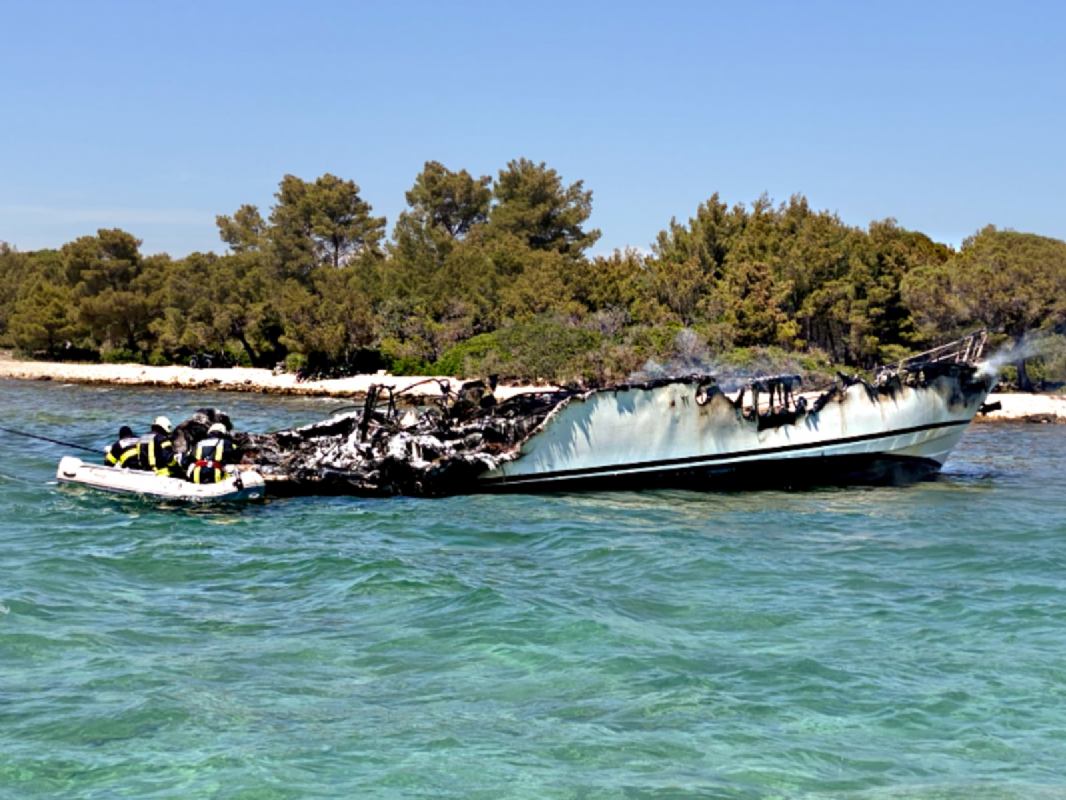 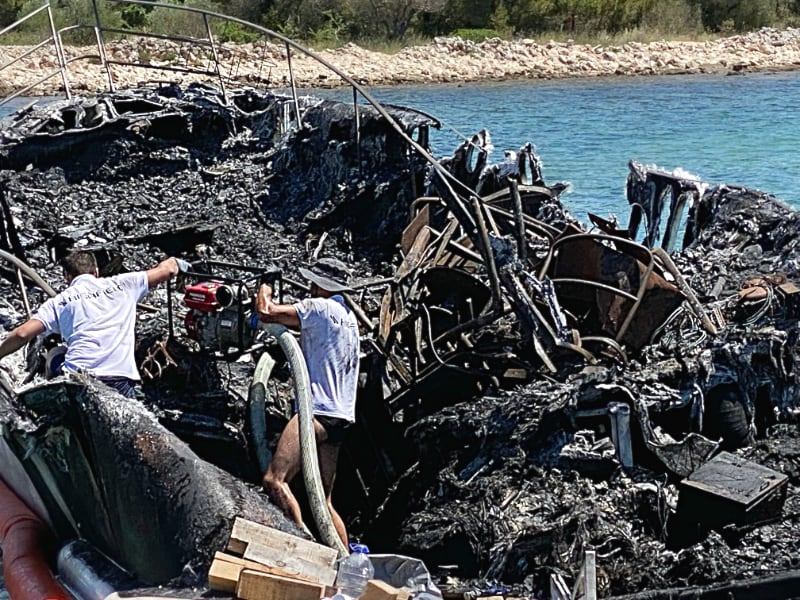