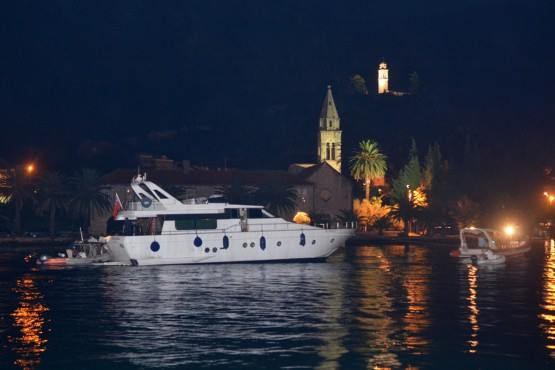 After the urgent call from a Yacht which stranded on the rock in front of the Palace Hotel the boat of Emergensea base Dubrovnik headed immediately to the scene to coordinate the rescue operation.
For this operation Emergensea engaged firefighters from two stations, Aci marina Komolac for the preparation of crane and the boat Danče which secured the towing. On the entrance to the bay Ombla Emergensea boat took over the  towing. The operation of pulling the yacht out on a dry dock lasted almost the whole night. For more details go on http://www.dulist.hr/milo-mestrovic-odmah-sam-vidio-bit-ce-nevolje/188653/